Here at the Iowa State University Textiles and Clothing Museum one of our main goals is to provide students with materials and opportunities to learn about historical textiles. We recognize that students appreciate designer names, so when we are able to provide a household name as a learning reference, we are ecstatic!

Mary McFadden is a designer that is extremely well known within the fashion industry. Her fashion career started in public relations for Christian Dior New York in 1963 (McFadden, 2011). After her time with Dior, McFadden’s brand grew exponentially and consumers have loved her designs ever since. The Textiles and Clothing Museum is pleased to share that we have just added a Mary McFadden gown to our collection.

The gown is estimated to be from the late 20th century, and is a rich red color. The top of the dress as well as the sleeves are heavily beaded with intricate and enticing detail. The bottom of the dress is heavily pleated on a bias cut. 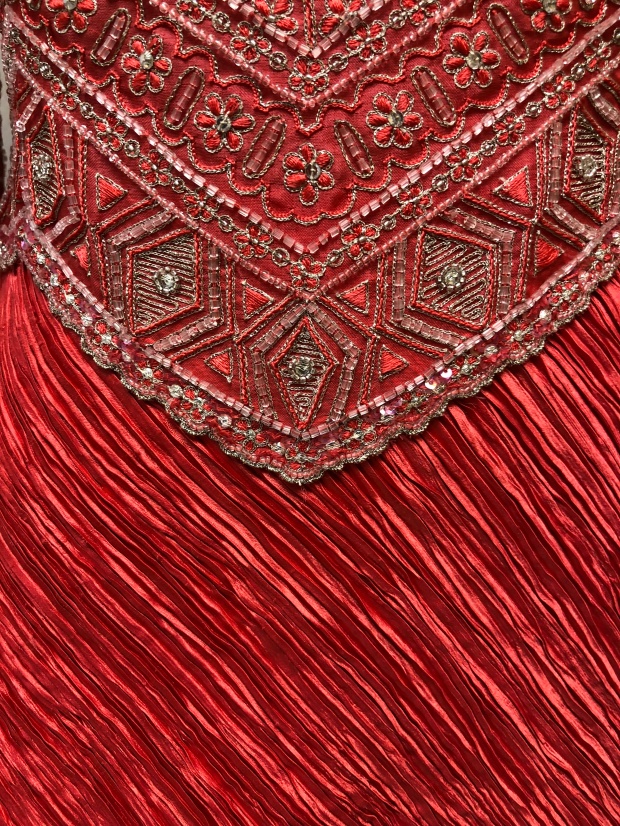 McFadden has been deemed the “fashion archeologist” because of her ability to create art and designs that capture her experiences with exploring ancient civilizations around the world. Her international explorations began with moving to South Africa with her first husband, Phillip Harari, in 1965. McFadden states, “Diana Vreeland arranged for me to be the editor of Vogue South Africa. That job revealed a new and purposeful way of life for me, one that would otherwise have been cluttered with cocktail parties and dinners” (McFadden, 2011). Her time at Vogue South Africa was significant to her growth within the fashion industry, as she reshaped the image of the magazine and built a legacy along with it. While in Africa, McFadden would collect unique textiles and make simple garments from them, “…I continued to collect textiles. I bought fabric from the markets in Addis, Ababa, Harar, and Lalibella, Ethiopia; and in Malawi around the flame lake” (McFadden, 2011). These are the garments she began to sell because people adored the batiks and patterns printed on the textiles themselves. 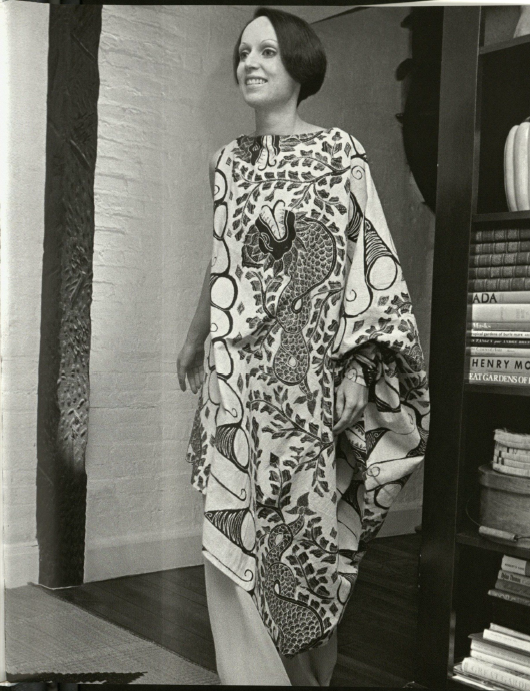 One of McFadden’s signature looks is Marii pleating, which is what makes up the bottom half of the dress here at the Textiles and Clothing Museum:

It was Lily who developed the technique of cutting the Marii pleated silk pinned on paper patterns. Later, I found the polyester satin-back fiber in Australia that falls like liquid gold on the body, as if it were ancient Chinese silk. The fabric was always converted and dyed in Japan, according to the inspiration of each collection, then sent back to the U.S. for the heat transfer pleating process. The pleating designs changed constantly over the years. I named the technique “Marii” pleating, a Japanese version of my name, Mary. 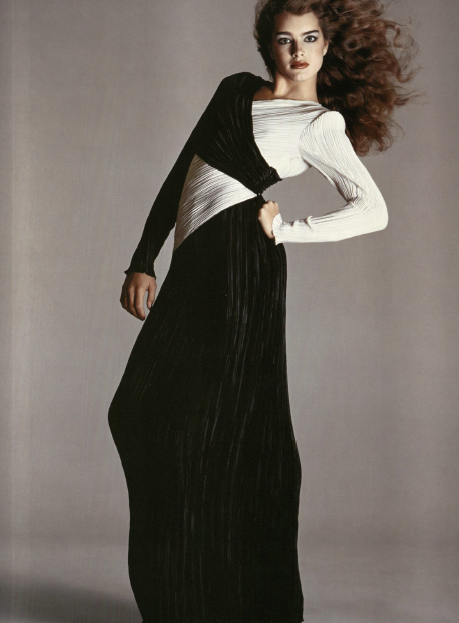 The newest member of of the Textiles and Clothing Museum is sure to be a student favorite. With its intricate design details, bold color, and designer name it will draw the attention of our students and serve many purposes. We also want students to be aware of the rich history behind the name Mary McFadden and appreciate everything that she has accomplished within the fashion industry. 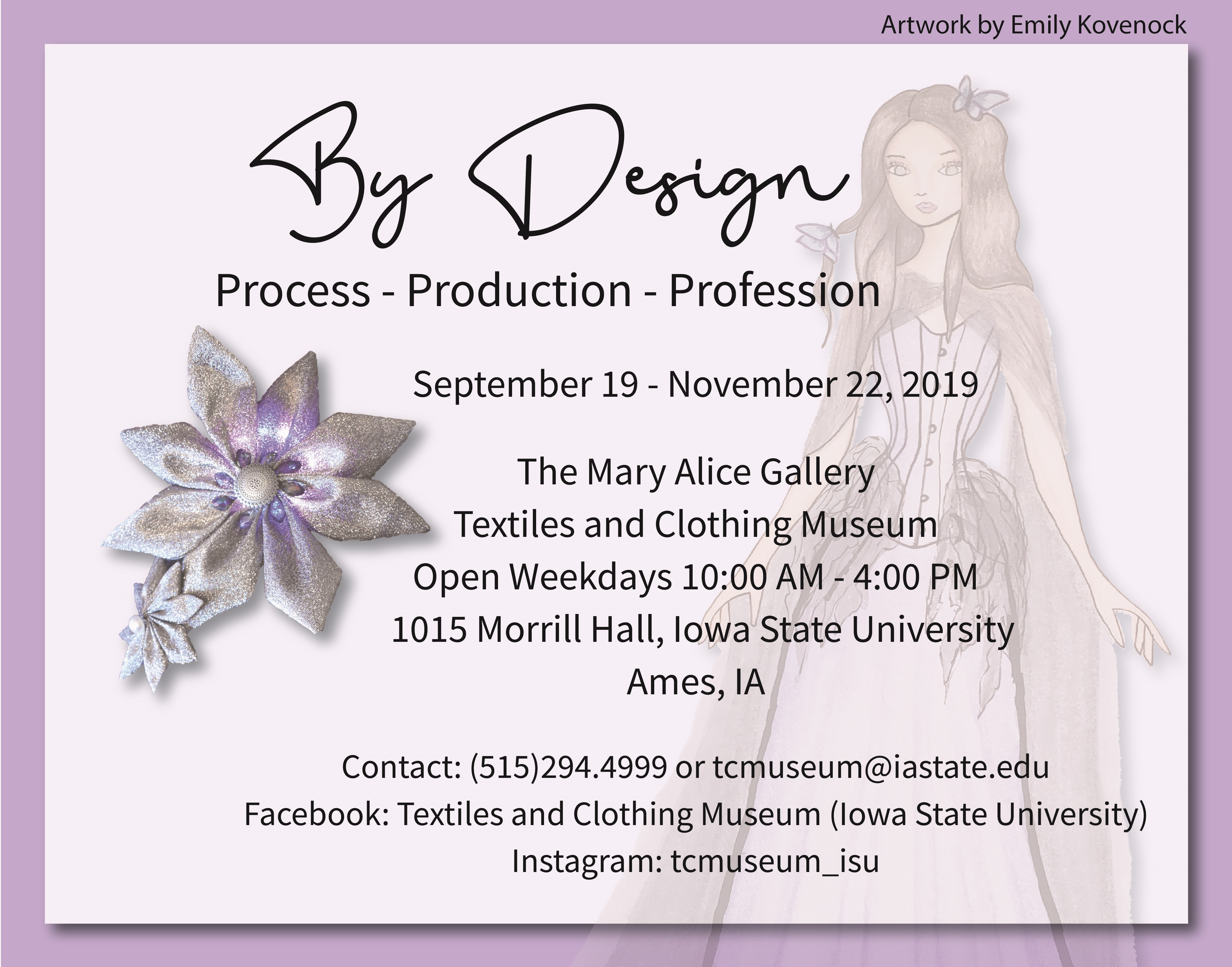 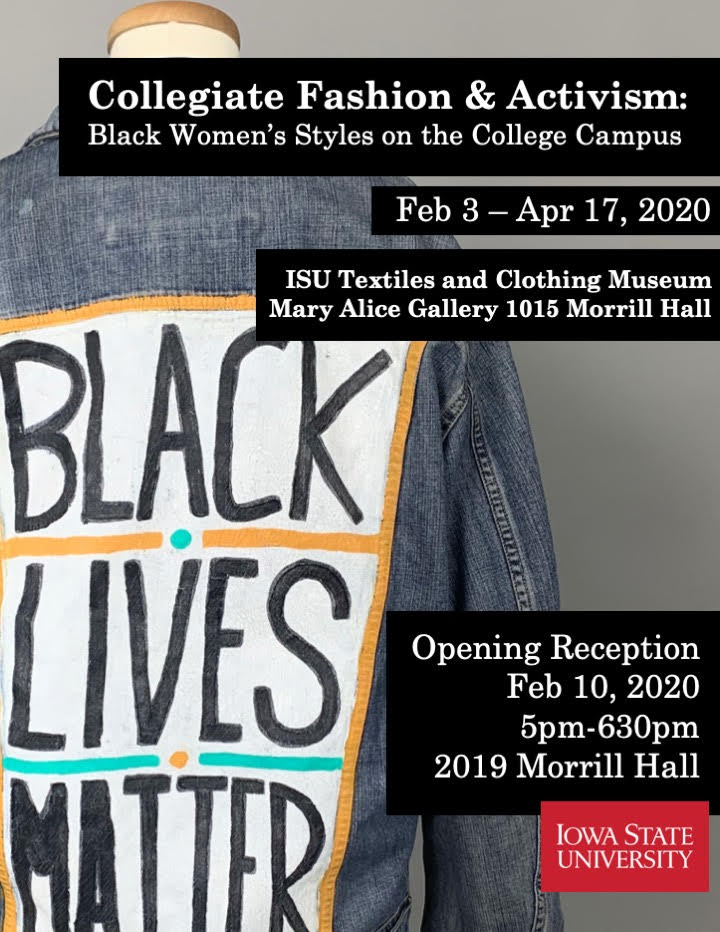 More information about past exhibits here

Visiting the Mary Alice Gallery on the Iowa State Campus

Your donations support the Textiles and Clothing Museum, the Collection, and costs associated with exhibit preparation and installation. Learn more here.